What is Biomechanics Berlin?

BIOMECHANICS BERLIN offers classes for actors (performers) who want to improve their means of expression with the principles of the theatrical Biomechanics of W. Meyerhold.

"The fundamental rule of Biomechanics is very simple:
the whole body participates in every movement"

To put Meyerholds idea into practise we will focus our attention especially on the play of balance, rhythm, space and perception of the own body, as well as on the musicality and the force of poetic expression of the body in motion.

BIOMECHANICS BERLIN classes helps to improve the actors’ perseverance and flexibility. Using elements and principles of Meyerholds etudes, which we gradually uncover, we create theatrical impulses towards a free and personal physical expression on stage.

GET IN TOUCH
LEARN MORE

An impression of Tonys Biomechanics Workshop in Chile,

by Physical Theatre for Youth and Eramsus+

What is Biomechanics Training?

The theatrical-biomechanical training essentially contains a compendium of exercises to build up and improve the physical constitution of actors as well as to study the principles of movement analysis and construction.

Consciousness of forms, coordination in space, body control, rhythm and musicality, but above all eccentricity and grotesque, i.e. the search for extreme physical conditions, are important characteristics of the biomechanical acting. Biomechanically trained actors usually master an extremely wide range of expressions and are able to change the acting style in the blink of an eye, from the expressive-artificial to a reduced naturalism to slapstick and clownery.

The astonishing versatility of biomechanics and its ability to integrate new influences into its own system make it an effective instrument in today's challenges for actors. 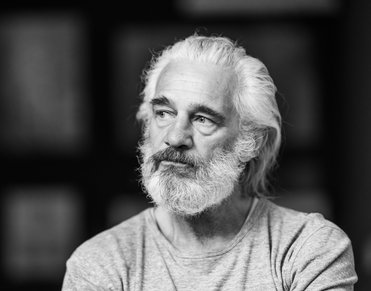 The Belgian film and theater actor was born in Brussels and studied at the Koninklijk Vlaams Conservatorium in Antwerp (B) with Ivo Van Hove. He continued to train for many years, including workshops with Luk Perceval, Minako Seki, Enrique Vargas, Thierry Salmon and many more.
In 1996 he met Gennadi N. Bogdanov in Berlin (lecturer for Biomechanics at the former GITIS in Moscow). This is the beginning of an extremely intensive collaboration that enables Tony De Maeyer to adopt Meyerhold's Biomechanics in practice.
He is probably one of the few actors worldwide who has achieved the perfect assimilation of the principles of Biomechanics in his acting, both on stage and in film. For many years, De Maeyer has been teaching and leading Biomechanics workshops at theater schools in Germany and abroad, such as the Ernst Busch Academy of Dramatic Arts (Hochschule für Schauspielkunst „Ernst Busch“) in Berlin, University of the Arts Berlin (UdK), the Academy of Performing Arts Baden-Württemberg (AdK), the Hochschule für Musik und darstellende Künste Stuttgart (HMdK) or the Anton Bruckner University Linz, as well as at private drama schools in Germany.
As a Biomechanics expert, he has been involved in state theaters (Volksbühne Berlin, Theater Aachen, Theater Bonn, Theater Münster, Theater Heidelberg…) as well as in theater ensembles in order to provide artistic support for theater productions. He trains the actors, familiarizes them with the principles of Biomechanics and stages body and movement. He worked among others with Christian von Treskow, Dimiter Gottschef, Luise Voigt, Darijan Mihajlovic a.o.

De Maeyer has set himself the task of freeing Meyerhold's Biomechanics from their overly dogmatic historical context and developing them further as a modern acting method. In addition to the work of K. Stanislavski, he considers Biomechanics to be extremely relevant and indispensable for the craft of the actor.

As an actor, De Maeyer received the Best Actor Award at the Brussels International Film Festival in 1993.

He has been working as a Biomechanics trainer at the International Theatre Institute Germany since 2006. 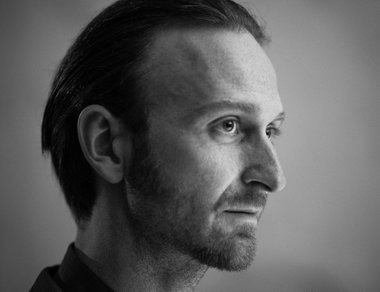 Born in Berlin, where he also completed acting school in 2006, he expanded his 'acting toolbox' via workshops, i.a. with Wolfgang Wermelskirch, Bettina Lohmeyer, Susan Batson, Jens Roth and Hikaru Inagawa.

In 2009 he got in contact with Tony De Maeyer and Meyerhold's Biomechanics, which have since become an inherent part of his training. Depending on the needs of the projects, as an actor he used biomechanical principles in productions by directors such as Michael Thalheimer, Nicholas Stemann, Philipp Tiedemann, Ingo Putz, Estera Stenzel and Anemone Poland on the stages of the Berliner Ensemble, Deutsches Theater Berlin, Shakespeare Company Berlin, Hebbel Am Ufer Berlin, theaterforum kreuzberg and others.

In 2017 Tony De Maeyer offered to participate in BIOMECHANICS BERLIN as Junior Instructor.

Thilo Herrmann already taught his practically gained experiences and the basics of Biomechanics in his own workshops e.g. at the Charlottenburg Drama School and during the project at Shakespeare Company Berlin for the play “Measure for Measure”. 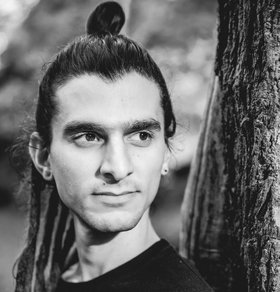 Starting his journey in theatre and performing arts in theatre and performance festivals in Tehran, he then studied movement theatre (Le Théâtre du Mouvement) at École Lassaad in Brussels, trained in the pedagogy of Jacques Lecoq. His interest in Physical Theatre introduced him to Meyerhold's Biomechanics as well as various different disciplines. Further exploring Biomechanics since 2017, learning from Tony De Maeyer and also workshops with Gennadi Bogdanov in Berlin. He is the latest addition to the Biomechanics Berlin team, joining in December 2020.

He uses and draws from Biomechanics as well as a wide range of other movement disciplines, e.g. Pantomime, Contemporary dance, etc. in his own creations and is now part of Biomechanics Berlin.